To strengthen our efforts, AFLA has continued to make partnerships within and outside Africa. This initiative has opened up the doors in Africa to becoming a global family for the marginalized through abortion.
Subscribe and get latest news & upcoming events.

The first Pregnancy Crisis Center Silent Voices was established in Zambia way back in 1998. Some years later, Silent Voices could NOT contain the ongoing expansion to the rest of the Nations on the Continent of Africa; hence the establishment of the Association for Life of Africa (AFLA) in 2014.

Before the establishment of Silent Voices, Barbra and her husband Edward who is a Pastor for the Church called Church on the Rock struggled to have their own biological children. They lost 4 children through stillbirth while Barbra also had two past abortions before her marriage to Edward. Later on, God blessed Barbra and Edward with 2 boys and a girl. As a result of this, Barbra and Edward developed a deeper passion to help others have babies. In order to help effectively, they founded a family foundation called Sara Rose which was named after one of their biological daughter. Since then, Silent Voices has helped save over 14,000 babies from abortion while AFLA is now in 21 Countries and has close to 300 affiliates across the Continent of Africa. The ongoing passion is to see that many lives are saved and transformed across the Continent of Africa today and generations to come.


To achieve our mission, we do the following:

those who are abortion-vulnerable "Reach down your hand
from on high deliver me..." - Psalm 144:7

those who are reached through our life-support network
pregnancy centers providing true reproductive health care,
ministry, education, and social services where lives are
saved and changed. "Rescue me, O Lord, from evil men;
protect me from men of violence. " - Psalm 140:1

broken communities in Africa, by developing pregnancy
centerswhere abortion clinics are the only alternative for
abortion-vulnerable women. 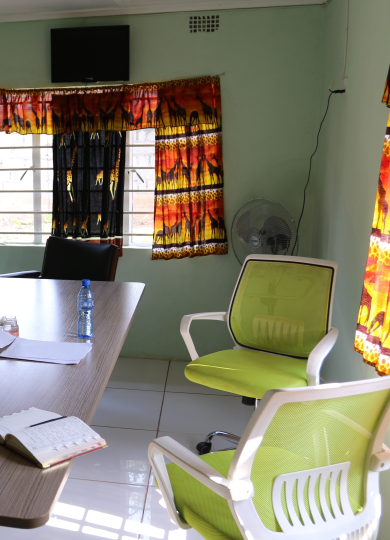 AFLA stands for Association For the Life of Africa,It is a Network of Pregnancy Crisis Centers and Life Affirming Centers in Africa.

"He sent me to bind up the brokenhearted...to proclaim the year of the Lord's favor... They will renew the ruined cities that have been devastated for generations." - Isaiah 61:1-4

To make abortion undesirable today and unimaginable for future generations in Africa.

AFLA's mission is to Reach and Rescue as many lives as possible, in the continent of Africa, through an effective network of life-affirming pregnancy help, to Restore communities for LIFE.